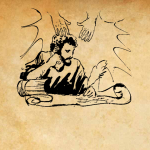 Why is the Catholic Bible different from the Protestant Bible?  What came first the Bible or the Church?

The Catholic Bible is differs from the Protestant Bible or the King James Version (KJV) because the Old testament of the Catholic Bible contains 6 more books.  Both have the same books in the New Testament.  It is only in the Old Testament that we differ.  The Catholic Bible contains: Tobias, Judith, Wisdom, Ecclesiasticus, Baruch,First and Second Machabees – and parts of Esther (10:14 to 16:14) and Daniel (3:24- 90; 13; 14).   Of course Martin Luther did add the word “alone” to Romans 3:18

The Catholic Bible’s Old Testament comes from the Greek Bible or the Septuagint.  The Septuagint was translated from the Hebrew between the 3rd and 2nd century BC in Alexandria, Egypt.  Jewish legend has it that Ptolemy II Philadelphus the king of Egypt had 70 Jewish scribes translate the Torah into Greek.  Thus the name Septuagint or 70.  Why Greek? That was the common language by the  1st century B.C.

The Catholic Bible of 73 books was adopted way before the Council of Trent.
Around 367 AD, St. Athanasius established the 73 books for the Bible as divinely inspired.
Pope Damasus I in 382 AD, and Church Council of Rome (382) approved the 73 books.
The Councils at Hippo (393 AD) and Carthage (397 AD) ratified this list of 73 books.
In 405 AD, Pope Innocent I reaffirmed this canon of 73 books in a letter to the Bishop of Toulouse.
In 419 AD, the Council of Carthage reaffirmed this list, which Pope Boniface agreed to.
The first bible ever printed was the Gutenberg Bible, in the century before Luther started his Reformation.  There are 73 books in that first printing.
The Council of Trent, in 1546, in response to the Reformation removing 7 books from the canon, reaffirmed the original St. Athanasius list of 73 books.

It is also important to note here that Martin Luther also wanted to eliminate the letter of James, the letter to the Hebrews, the letters of John, and the book of Revelation from the New Testament . Some will mention that the Jews rejected the 7 books at Council of Jamnia which supposedly took place in 90AD. Scripture scholars now question whether such a council took place.

In conclusion you can see that the Septuagint was translated to the Greek from the Hebrew between the 3rd and 2nd century B.C. So these 7 books were in the original Jewish Canon from which the scribes translated.  You can also see that the Septuagint was the Scripture from which the early Christians were instructed by the Apostles, especially Paul.  This is important because it is impossible to fully understand the New Testament without the Old Testament.  St. Augustine said “The New Testament lies hidden in the Old and the Old is unveiled in the New”.  Remember what Christ said of the Old Testament to the Disciples on the Road to Emmaus “Oh, how foolish you are! How slow of heart to believe all that the prophets spoke!  Was it not necessary that the Messiah should suffer  these things and enter into his glory?”  Then beginning with Moses and all the prophets, he interpreted to them what referred to him in all the scriptures. (Luke 24:25-27)

Keep up to date with new posts and information.

Keep up to date with new posts.