Skip to content
HomeUncategorizedThe Betrothal of Mary and Joseph Part 3

Mary and Joseph To Bethlehem Part 3

Continuing with our post on Joseph and Mary we find them on their way to Bethlehem, let’s take a look at the last question of Part 2

Being that Jerusalem was just a short distance from Ain Karim, about 3 miles, do you think Mary and Joseph visited the Temple?

Yes, I  think that it is very possible if not probable that Joseph and Mary visited the Temple while visiting Elizabeth and family.

Was the Ark of the Covenant in the Temple Holy of Holies at this time?

No, according to 2 Maccabees 2:4-8 Jeremiah took the Ark of the Covenant and hid it in a cave.  This would have been around the time of the Babylonian exile.

How do you think Joseph earned money to live on?

Joseph was a skilled craftsman (tekton) and could have easily found work in Jerusalem as Herod was rebuilding the Temple.

Had Joseph and Mary been in Bethlehem for a while before the Birth or had they just arrived in Bethlehem?

“While they were there, the time came for her to have her child,” (Luke 2:6) Note the word “while” seems to indicate that they had been in Bethlehem for a period of time prior to the birth.

We all know the Christmas Story of Mary and Joseph arriving in Bethlehem and there is no room for them in the inn and they find a stable and the Christ is born there.  How accurate do you think that story is?

I would like to offer you a different scenario.

1)   Hospitality was prime in the Jewish community.  The Old Ttestament tells of two instances where a traveler entered the town and was offered a place to stay as he waited in the town square.  (Genesis 19:2, Judges 19:20-21)  In fact denial of hospitality was based on law.  (Deuteronomy 10:19, Leviticus 19:33)

2) The word translated “inn” word here is kataluma which means place of rest or guest room.  In fact, Luke clearly refers to a guest room in Luke 22:11 where Jesus tells His disciples, “and say to the master of the house, ‘The teacher says to you, “Where is the guest room   (kataluma) where I may eat the Passover with my disciples?”’  In Luke10:34 “Then he lifted him up on his own animal, took him to an inn and cared for him. Luke uses the Greek work pandokheion.

3) Inns at that time did not have private rooms and  had a bad reputation; they would not have been a proper place to give birth. 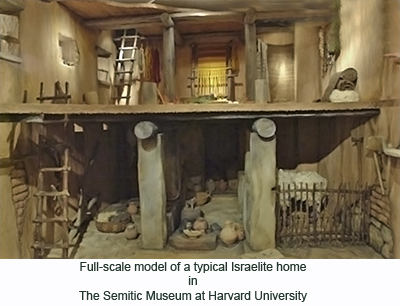 5)  As we have seen, Joseph and Mary had been in Bethlehem  for awhile, so they would have been lodging somewhere before her labor pangs began. I would suggest that Joseph being of royal blood could have easily found lodging with one of his relatives in their guest room.

6) Nowhere in the gospels does it say the Jesus was born in a stable.  It does say  “She wrapped him in swaddling clothes and laid him in a manger”, but mangers, animal feeding troughs, were also found in many first century homes.  A typical house in Judea would consist of two areas, an area by the front door that consisted of a dirt floor where the animals were brought in at night for protection and a raised living area above the animal area.  The living area would also have a room set back as a guest room.  The animal area would have a trough for feeding or watering the animals, and would be cleaned out daily when the animals were outside.  There is evidence of animals in the home in the Old Testament, “The woman had a stall-fed calf in the house, which she now quickly slaughtered.”. (1 Samuel 28:24)

7)  Why then did Mary give birth in the animal area?  To answer that we again look to the Old Testament and the Book of Leviticus 12:2.  Here we see that a woman giving birth is considered unclean for 8 days.  That meant that anything she touched was unclean, where she slept, sat etc was unclean.  In essence, if she gave birth in the guest room, any guests, furniture or material she would have touched would become unclean and subject to the law as outlined in Leviticus 15:19-24. So, the obvious place for her to give birth would be in the lower area of the house.

8)   “When the angels went away from them to heaven, the shepherds said to one another, “Let us go, then, to Bethlehem to see this thing that has taken place, which the Lord has made known to us.” So they went in haste and found Mary and Joseph, and the infant lying in the manger. (Luke 2:15-16)  The angels had informed the shepherds about the birth of the Messiah.  So they went and saw for themselves.  If the conditions they found were not equal to or better than they could have offered, would not hospitality demand that they take the Holy Family to their home?

Did it happen this way or was the Messiah born in a cold damp cave away from the community.  I like to think that Jesus came into this world in a community of love.  I would like to believe that when Herod’s solders came to murder the child, that the people resisted and did not help them.  Perhaps they misdirected the solders to give the Holy Family a better chance to escape.  What do you think?

Keep up to date with new posts and information.

Keep up to date with new posts.